How This Course Will Help You Pass?

LIVE AND ON DEMAND OPTIONS

You get the choice of having live or on-demand lectures so you can be confident that you are getting the help you need whenever you want it. With over 73+ hours of instruction following the latest NCEES specifications you’re getting the best instruction that’s out there (price varies between the two options).

Your instructor is there to support you 100% of the time. Ask question in the forum, live in the course (if that’s the option you choose), or through email. We won’t leave you hanging. You’ll also get a structured syllabus and course homework to keep you on target and moving.

PPI has proven pass rates for the course. The average NCEES SE test taker passes 40% of the time, while those that take the SE course pass at a rate of 90%

We’re confident that you’ll pass your exam after completing this course. If you don’t pass, you can come back at any time and take the OnDemand prep course for free. Only the Live Online course qualifies for the guarantee. 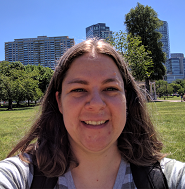 Robin Closs, PE, SE has 15 years of experience as a structural engineer in designing and analyzing anything from pipes to multistory buildings in fields such as commercial, power, government, institutional, nuclear, industrial, and residential. She traveled to Long Island in the aftermath of Hurricane Sandy as part of a Code Enforcement Disaster Assistance Response Team. Her engineering knowledge in timber, concrete, steel, masonry, aluminum, and light gauge metal has helped her design new buildings, complete renovations and additions, demolish existing structures, produce mechanical platforms, and design appropriate repairs to roofs, walls, floors, and spillways.

Ms. Closs is the president of The Engineering Society of Buffalo and currently creates, writes, and edits their monthly newsletter. She also regularly spends time tutoring and greatly enjoys assisting young minds to see the benefits of engineering. She has also acted as the principal coordinator for 80 person volunteer teams, judged inventions, and mentored winners of engineering city competitions. Ms. Closs graduated from the Milwaukee School of Engineering with a BS degree in Architectural Engineering with a Structural Specialty. She is a licensed professional engineering in multiple states, is a licensed structural engineer in Illinois, and is certified as a NCEES Model Law Structural Engineer. 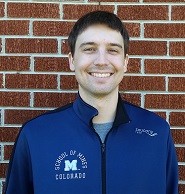 David Micnhimer, PE, SE is a licensed professional engineer in California, Virginia, and North Carolina. He has known that he wanted to be a structural engineer since elementary school. The past few years, he has worked at a steel bridge manufacturing company, designing over 150 different bridges, including trusses, modular bridges, and buried structures. Previously, he worked as a consultant designing bridges, retaining walls, solar site foundations, substations, and a variety of other structures. He has conducted bridge inspections and site investigations as well. He is particularly interested in the complexities of seismic design, finite element analysis, and soil-structure interaction. You will see his projects in nearly every state in the United States.

He received his BS in Civil Engineering from the Colorado School of Mines. He successfully defended his Master’s Thesis in “Stochastic Modeling by Polynomial Chaos Expansions on the Long-Term Behavior of Concrete Beams with CFRP Composites.” He is expected to complete his MS in Structural Engineering soon with only one class remaining. While at Mines, he ran DII Cross Country and Track, racing events from the 1500m to the 10k. He also participated in ASCE, AGC, Civil Engineering Honor Society, and the Navigators.

He recently moved back to Colorado with his wife, 2 dogs, and 1 cat. In his free time, David likes to run long distances and is currently training for ultra-marathons. He likes to spend time with his wife hiking, playing disc golf, and exploring.

Check out a live demo so you can get the feel of the course and layout! You'll notice helpful links, who's in the room, the ability to chat live with the instructor, and the lecture video. On-demand courses are pre-recorded, live is, well, live.

What People Are Saying

Is This Course Right For You?

who is this for

who is this not for

We’re confident that you’ll pass your exam after completing this course. If you don’t pass, you can come back at any time and take the OnDemand prep course for free. Both the Live Online and OnDemand courses qualify for the guarantee.

Additional Perks, Check it out!

These additional perks to the course will help you get going immediately!

Buy the complete bundle and Save 30% on your order!

Access to our instructors can be done live in the chat room, through email, or in the class forum. We will be there to answer all your questions.

Maximize your time on exam day by knowing how to use your Casio FX-115 ES Plus Calculator. These 12 easy-to-follow video lessons will provide you with the training, tips, and shortcuts necessary for exam success. Receive 90 days of access from date of purchase for free!

Here are answers to some frequently asked questions:

Is this course from Civil Engineering Academy or PPI?

This course is put on by PPI and is their course. CEA is an affiliate for them and has partnered up to give you a 15% discount on the bundle of the course. Use this link and save some money on the course here..

How can I get a refund?

If you need to cancel or make changes to your enrollment you can find out about all of your options at PPI.

How long do I have access to the course?

On-demand courses have the option of 1 week, 1 month, 3 months, 6 months, 1 year, or through their exam end date.

Why should I buy this course instead of anothers?

Because PPI is the industry leader in helping students take and pass their professional engineering exams. Enough said. But if you want more information as to why then check out PPI reasons here.

Didn't find the answer you're looking for?

Shoot me a email personally at [email protected] or contact PPI by phone or email here.